1. Combine cake flour, Bakels Baking Powder, sugar (1), and salt in a bowl. Set aside.
2. Combine corn oil, egg yolk, water, and the dry ingredients from step 1 in a mixing bowl. Mix on low speed until smooth.
3. In a separate mixing bowl, combine egg whites and cream of tartar. Whip on high speed for 1 minute.
4. Gradually add sugar (2) while mixing on high speed. Whip until medium peak.
5. Fold egg white portion in egg yolk portion until well-combined.
6. Divide the batter into 750g and 300g. Set aside the 750-g portion and combine the 300-g portion with the desired Apito flavocol. Mix until well-combined.
Deposit approximately 20g of the flavored batter in a piping bag.
7. Combine plain batter (750g) and flavored batter (approximately 300g) to create a marbled effect.
8. Deposit in a tube pan.
9. Pipe three thin rings of flavored batter on top of the cake. Swirl using a barbecue stick.
10. Bake at 180°C for 50-60 minutes or until done. 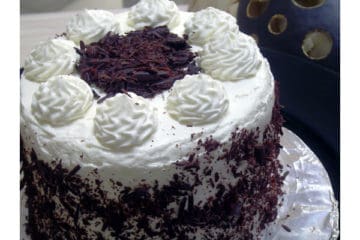 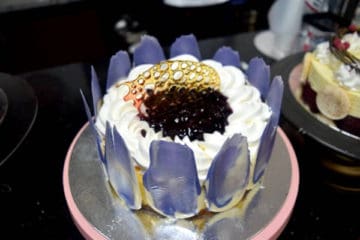 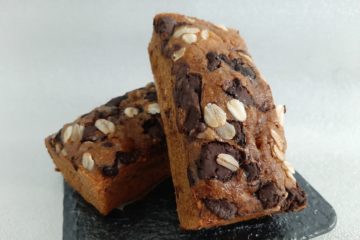 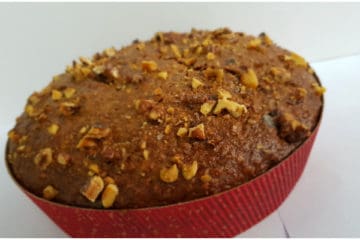 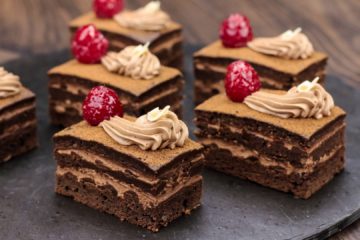 Top quality mocha flavoring paste for use in a wide range of bakery products like breads, sponge and butter cakes, ...

Liquid food flavor and color for all types of baked goods

A single acting baking powder which works in the oven and not “on the bench”. It is a blend of ...

View product
Back to top